We were on our way to Dallas!  On our way, we came across this highway sign and I had to stop and take a picture.  Andrew and I had our first date on January 23rd!  I know…barf…  I guess it’s silly … END_OF_DOCUMENT_TOKEN_TO_BE_REPLACED

Who knew that everything could change drastically in just one month?!  We had just signed the lease on our apartment in December 2013 for one more year.  After one year, we had planned to play it by ear on whether we would stay or go.  But in January, a little monkey wrench was thrown into our plans.  Long story short, Andrew accepted a Head Chef position in Paris, France!  We would be moving a little earlier and farther away than expected.

Moving halfway across the country is challenging (which we had done 5 years ago), but across the world was a whole different ballpark.  We had initially decided to put most of our possessions in storage, but after a bit of thinking I thought it would be best to just get rid of most of our things and start fresh.  Luckily my husband reluctantly agreed and thus we began the process of sifting through what we would keep and purge from our lives (our family back in Missouri agreed to let us store the few possessions I could fit in my little Toyota Corolla – thank you!).  Lots of our friends and family bought or took things off of our hands (Janh even came by and filled up a duffel bag full).  It felt good to see everything go to a good home.  Our friends Toby and Jenny even let me come over and try to sell a few things at their garage sale.  That was a lot of fun! 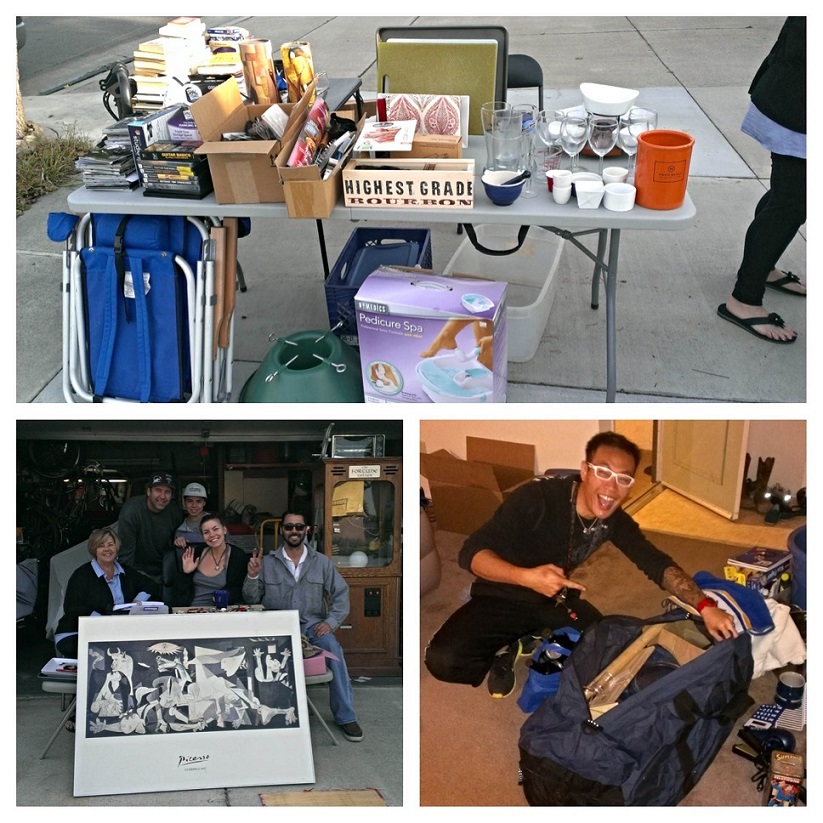 A few days before Andrew left for Paris we decided to have one last bonfire with all of our friends. We had met so many great people over the past 5 years and were happy to see most of them make it out (for those that didn’t make it we did manage to see each other elsewhere before we left).  Andrew made delicious tacos over the fire.  This was by far our biggest turnout yet.  All we had to do was tell everyone that we were moving, who knew those were the magic words 🙂  At the end of the night there was a hit and run accident in the parking lot near the beach where we were having the bonfire (some people having a fight over something).  Then the cops came in their helicopter to say goodbye, how sweet of them (we got the spotlight and everything).  I think the guy that was hit by the car was okay though, so that’s good.  We also are pretty sure that we saw a mermaid that night…yep definitely a mermaid. 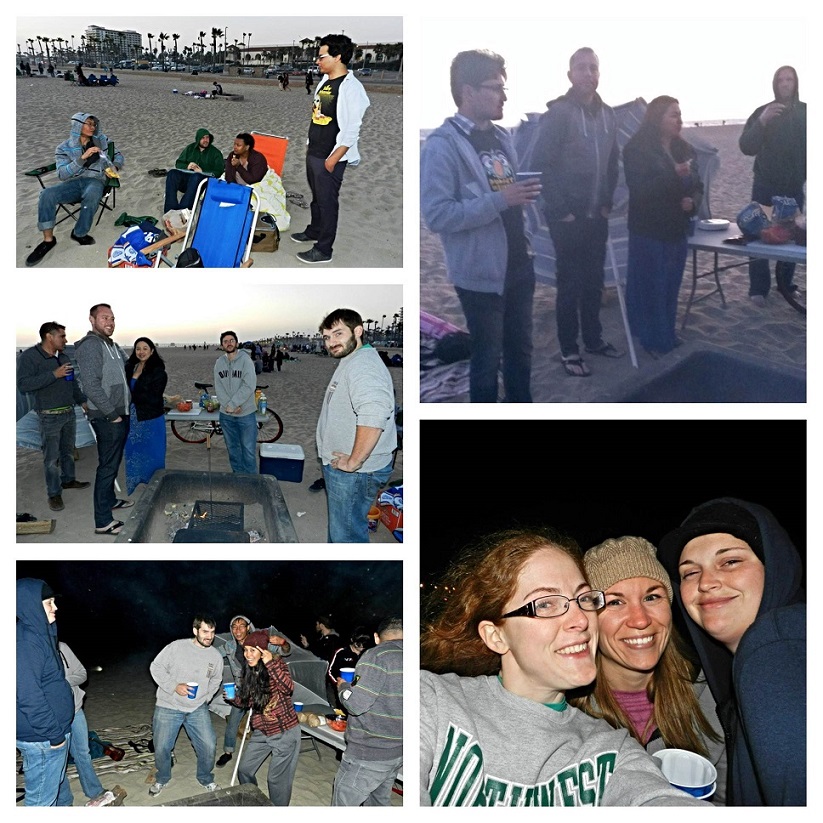 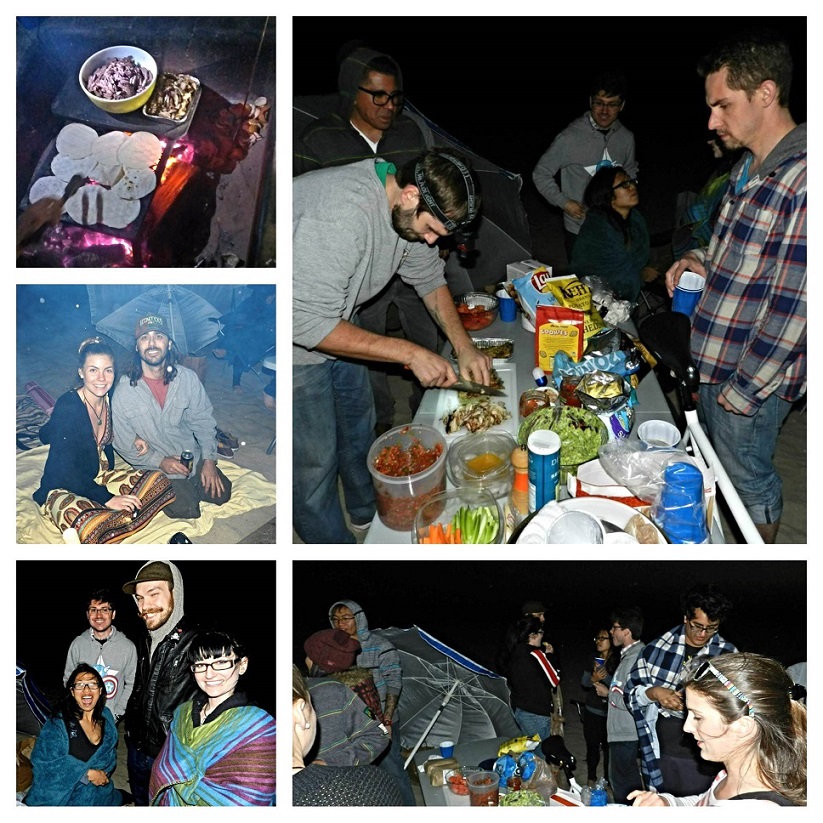 Andrew’s day to leave was on March 24th.  We made the rounds that day.  Stopped at our favorite place to get a cup of coffee (if you haven’t been to Kéan Coffee then you’re doing it wrong) and also had lunch at In-N-Out. 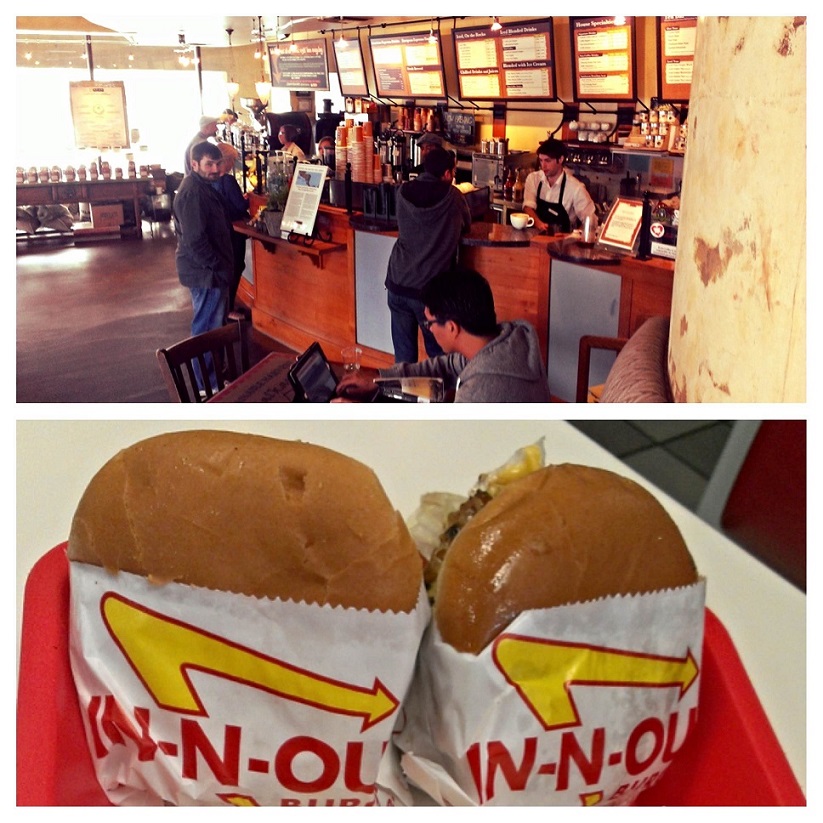 We arrived at the airport and went to check in the bags for his flight.  I learned that there is a maximum weight for bags (you don’t just pay more if it is over).  Andrew scrambled to move things around and remove a few items from his bags so they would meet the requirements. What a mess, but in the end it all worked out!  Andrew was off for Paris!  I would not meet him for almost two more months.  I still had a lot of work to do, people to visit, and had an epic road trip planned!  But that’s for another blog post 🙂